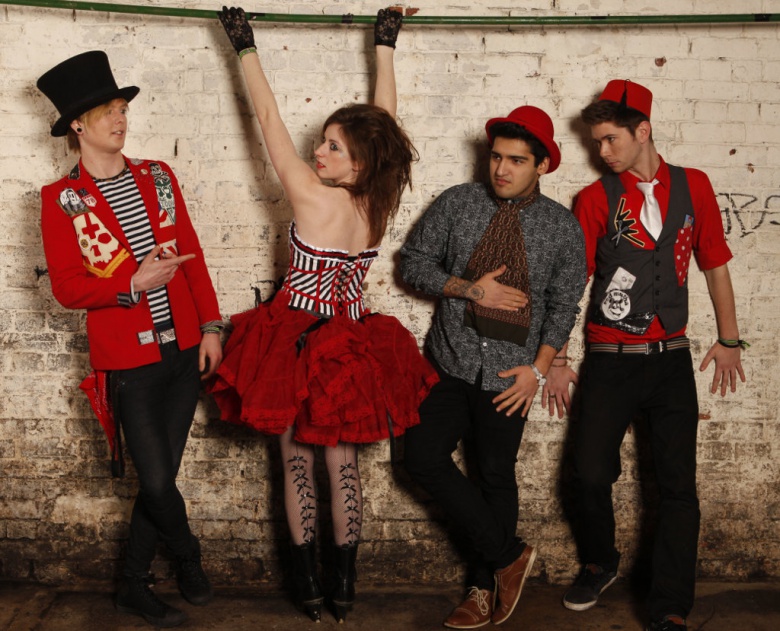 Screama Ballerina are an eccentric four piece based in Brighton, female fronted and feisty. They have rocky angular unique songs with catchy dirty riffs and challenging, thought provoking lyrics that will lock in your head.

It's hard to believe that the band is not even two years old, with three awards under their belt already, Exposure Music Award's "Best Rock Band" and the best "Overall Act" 2011 and Amazing Radio's "Best Rock Band".

The past year has seen the four students evolve into one of the most exciting live bands on the current scene. They've released 3 singles and produced videos for each of them. They performed 4 live tracks on BBC Introducing: The South and they had their 1st airplay in Japan and Korea.

Screama Ballerina started their own club night in Brighton called Suicide Barbie and recently began to sell out their monthly residency night in Reading.

Debut single Rich Kids stuck two fingers up at all things pretentious and took a little swing at the government, while it's follow up Skeleton Army gave out an important message about the dangerous size zero culture. Third single Papercuts has already drawn comparisons to Xray Spex, The Stranglers and The Slits. Papercuts is a full on Punk/Rock/Grunge genre defying monster of a track. Their fourth single is released in autumn.