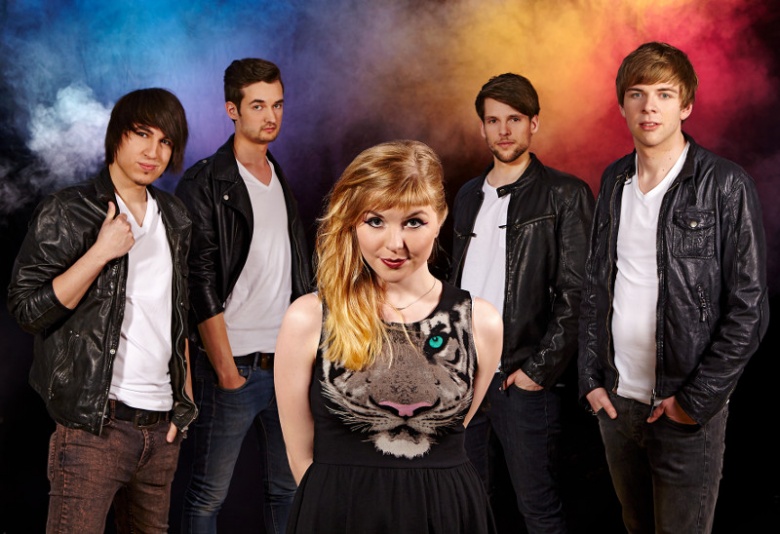 It is exactly that thin line that the young, alternative rock band SUMMERY MIND surrounding the lead singer Lari is successfully walking: the harmonious connection between hard, metal-influenced rock sound and sensitive and melodious – not to say poppy – singing, without falling into the old-established stereotypes that characterize both these musical poles.!

Formed in Bad Salzuflen at the end of 2006, the band reached their definitive breakthrough into the regional music scene with their first demo CD, “The Last Light”, awakening the interest of the 1Live radio channel in Cologne, who crowned SUMMERY MIND as newcomer band of the month in January 2009. With their album “About Dreams and Reality”, released in June 2011, SUMMERY MIND celebrated their debut. “Thanks to thoroughly metallic, brachial riffs and a first-class singer, SUMMERY MIND spread a very special scent of their own, perfectly comparable to other renowned bands not only on a national level” (RockHard Germany, April 2012, #299). Also their single “May”, the video to which has meanwhile exceeded 21.000 views on YouTube, was widely applauded, finding a niche in the WDR2 radio channel as well as in the music TV channel iM1. The second music video to their song “For Stella” has been published in December 2013.

SUMMERY MIND welcomes everyone to sink deep into their music, there where they share their own, personal experiences and thoughts with their fans and where they are not afraid of even approaching socio-critical issues. The band is multi-faceted in many respects and at the very first sight it becomes evident that the contrast is given not only with the singer’s voice, since she is the only female member in a band of men. However, it is not a matter of focusing the spotlight on just one person. It is more about bringing every individual one into play, about the targets commonly set and of course about the pure pleasure of music. What they want, in other words, is the whole package.

The second studio album, which has been successfully financed by crowdfunding, is scheduled to be released next summer and for SUMMERY MIND it is meant to be the next step on their way to the national music scene.